Why Vote for Panos?

Aloha,
Let me ask, what's in a question? To some people, asking questions is an art form that can take you along paths of discovery. So let me pose another question. What's wrong with Oahu? I bet the question brought to mind a number problems and issues. The question solicits a laundry list of negativity. I prefer a more positive mental exercise as well as positive solutions. So the question I prefer to ask is this, How can we make Oahu a better place to live? For starters, I can think of… Continue

I wonder if the folks in the mayor’s office have enough to do. With sewage spills and potholes, you would think they’ve got their hands full. Imagine adding rail to the mix.

Mufi's Evacuation Plan for Honolulu's rail is ... what?

Somehow, Seattle’s monorail got built without a safe evacuation plan.

“It just stopped” – Monorail breaks down, firefighters rescue passengers,
Brad Wong, Seattle P-I, 8/25/08
Monorail stops with 200 passengers stranded aboard for 90 minutes. “The heat was unbearable” and after 20 minutes, passengers managed to open an emergency door. Firefighters arrived to set up their aerial… Continue

The price of Denver's FasTracks rail system is a lesson for Honolulu's taxpayers. FasTracks is already under construction.

Rail in Denver: “Build it no matter what it costs.”

Do we need it, can we afford it, can we maintain it?
— Mufi Hanneman’s campaign slogan 2004

“Like most Hawaii residents, I would like to see a mass transit system but it needs to make economic sense. The current $3.7 billion budget for rail is based on 2006 dollars. If we… Continue

Mufi ignores US and international examples of privately funded HOT projects. The taxpayers of Oahu are saddled with needless burdens and risks in developing and financing infrastructure.

Swiss Challenge System: encourages unsolicited proposals to gain innovation and to prevent highway investment being limited to a… Continue

The mayor is currently running radio ads preaching the way to reduce traffic congestion is to reduce driving. Check out how social engineering goes in Portland Oregon:

In Portland, Oregon, land use planners ordered a church to allow no more than 70 people to worship in its 400-seat… Continue

Deploying The Message For Panos Panos needs our help in getting his message out to the community, and every little bit that you as his supporters do can make a difference! Here's a few pointers:

-Be alert everywhere you go. Always look for people who you can talk to or help out as an platform and opportunity to have a window of time to talk to them about Panos. Remember to SMILE always and speak in a pleasant tone to everyone you meet. If you bring in the… Continue

Panos On Olelo's "For Ewa Today"

I just finished watching an outstanding interview of Honolulu mayoral candidate Dr. Panos Prevedouros on the Olelo program "For Ewa Today" (right click here to download to your computer and view). This was yet another outstanding demonstration of how Dr. Prevedouros not only knows the issues, but knows the solutions to those issues that challenge Honolulu.

A leader that will build roads not just between cities, but between people. 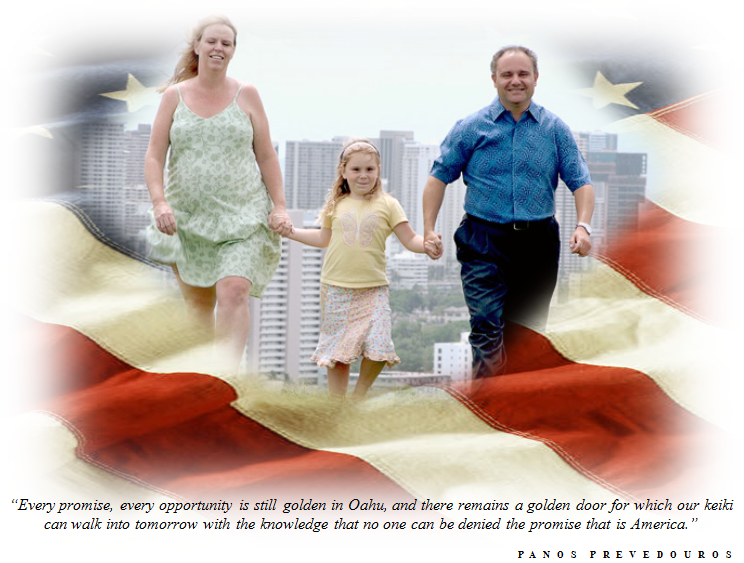 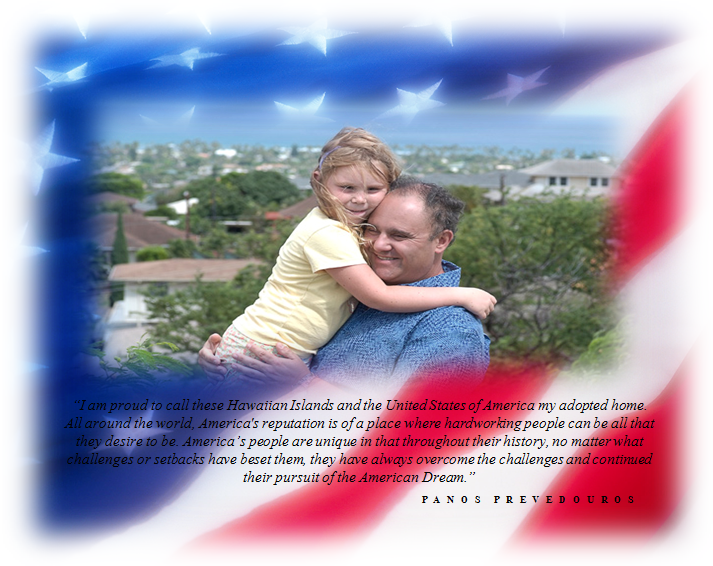 HEARKENING BACK TO THE GLORIOUS TWILIGHT of an American general who twice saved freedom in the Pacific, three words echo in the theater of my mind when I think of Honolulu mayoral candidate Panos Prevedouros: Duty, Honor, Country. Like the tumultuous time of decades past, freedom is once again in danger in the Pacific. Today, we face neither bayonet nor cannon, but the onset of a dangerous belief by our existing…

Was able to catch a portion of Panos and Malia Z. chatting on channel 54 early this evening. The professor was reasoned, measured, and factual as he eviscerated the rail boondoggle, as well as much of the other infastructure follies we face at present. Kudos to Malia for offering Panos the platform.


Question -- will this be repeated? Would love to catch the entire 1/2 hour at some point ...